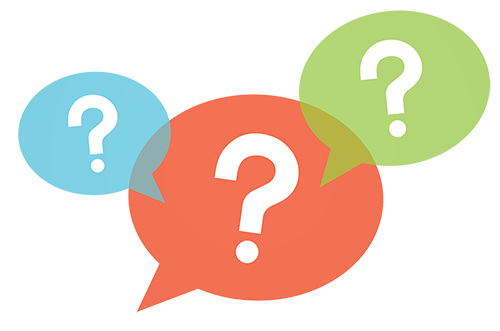 Here are some words you may come across when reading about the stories of the Sisters. If you would like us to explain any of this words further, just drop us a message through the contact page.

Adoration- This is the name given to the prayer which we carry out before Jesus present in the Blessed Sacrament who is visible in the monstrance. It is also called ‘Eucharistic Adoration’. People come to Eucharistic Adoration with a variety of motives and methods of prayer. Many come to simply sit or kneel in His presence, to find a moment of peace with God in the midst of a busy life.

Convent- It may refer to one of two things. Some people will use it intending the actual building where the sisters live. It’s their home. Others may use it to indicate a determined way of life e.g ‘she joined the convent’, that is to say, ‘she became a sister’.

Community- Like any kind of social community, a religious community consists of a group of people with similar ideals and inspirations living a form of life which encapsulates what they believe in. Together they form a network of prayer and support for each other.

Disciples of the Divine Master- The name given to our Congregation all over the world. The title also indicates our identity as disciples and that we are following Jesus as a Teacher who shows us the way though prayer, especially through the Scriptures and the Eucharist. Our main mission is Eucharistic Adoration where we become still points in the midst of a swirling world.

James Alberione- the priest  whose dream lead to the foundation of the Pauline Family- a small man in stature but with a big vision that Jesus be brought into the lives of all people through the means of social communications. We refer to him as our founder and in 2003 he became Blessed Alberione after being beatified by Pope John Paul II.

Legion of Mary- Founded in Dublin, Ireland on 7 September 1921 by Frank Duff, it is a lay Catholic organisation whose members give service to the Church on a voluntary basis in almost every country. The object of the Legion of Mary is the glory of God through the holiness of its members developed by prayer and active co-operation in Mary’s and the Church’s work.

Mary/ Our Lady- As Catholics we honour Mary who is the Mother of God and brought Jesus into the world by the work of the Holy Spirit. At the time of religious profession as Disciples of the Divine Master, we each receive the name ‘Mary’ before our baptismal or profession name to remind us that we are to live with the humility and simplicity with Mary our Mother did, and be for priests what she was for her Son Jesus.

Missionary- Those who leave their country of origin to go to other countries to give their service there are known as missionaries. Sometimes the Congregation may not have a community there so the missionaries who go there to begin one. This is called a foundation. Other times, there are already established communities so they become part of these communities.

Pauline Family- A combination of ten Institutes both religious and secular which have a place for every person, religious men and women, priests, consecrated single men and women, co-operators and families. We all live the same mission of ‘living and giving Jesus Master to the world’. Prayer, study, work and poverty are the four wheels that would keep us moving towards Christ and make us instruments of salvation.

Profession- Marks the moment where the young woman takes on the religious life and its vows of chastity, poverty and obedience in a community way of life. When you make your vows for the first time, you are ‘temporary professed’. You renew these vows each year for 6 years though before Vatican II it was for 5 years. After this you make Final or Perpetual Profession where you are consecrated to God and incorporated into the Congregation for life.

Religious life- Since Vatican II, the term religious/consecrated life has been used for this call to give oneself totally to God and His people because it embraces all forms of this vocation.

Retreat- is an aspect of spirituality which emphasizes time away with God.  Just as Jesus needed time "in a deserted place" to think and pray, every human needs time away from daily routine in which to talk with God in a more silent and quiet place. Many see it as a moment of ‘time-out’.

Sister/ nun- A sister/nun is a lay person who commits herself to Christ and to the Church by vows of poverty, chastity, and obedience. She lives in a religious community that follows a constantly renewed tradition, patterned on the life and teaching of the founder / foundress of the community. The work she generally does will depend upon the ministries of that community as influenced by the needs of the Church and its people. Prayer and work are part of the tradition of all communities but they are accented differently so that some communities are primarily contemplative while others are more active.

Vocation- All the baptized are called to a particular vocation.  A vocation is simply the state of life in which we are called to live out our baptismal call. There are three basic vocations – married life; committed single life; priesthood/religious life.  Within these, of course, are innumerable ways to express our baptismal commitment which are suited to each person’s gifts and talents. When priests and religious speak of “having a vocation” they are usually referring to a specific call to the priesthood or religious life.

You have declined cookies. This decision can be reversed.

You have allowed cookies to be placed on your computer. This decision can be reversed.